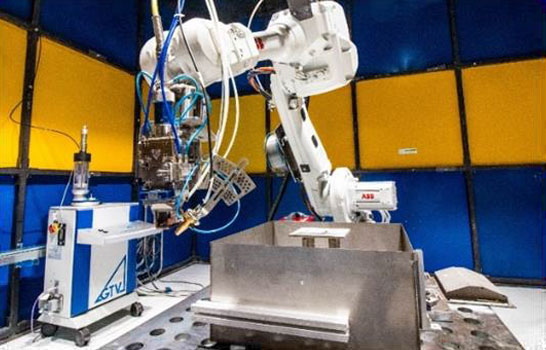 IRIS’ facilities include a 400 m2 owned lab for experimental testing of laser/plasma processing, which have been equipped in 2015 with a robotic island for smart hybrid welding as a result of the regional founded project ECOWELD and, in 2016, with a Prima Industrie AM machine, developed and integrated within the Borealis project, which main result is a novel DED (Directed Energy Deposition) machine for the production of large and complex (in geometry, functionality, composition) parts embracing a multi-technology and multi-material approach in order to meet the requirements of aerospace, med-tech and motorsport sectors. Every module of the Borealis Machine has been firstly integrated, tested and optimized by using the ECOWELD welding solution which will be the key enabling factor for the LightMe pilot lines upgrades, thus strongly boosting the quality of parts produced and the knowledge of the AM processes for metal and composites.

The focused thermal energy coming from a laser source is used to fuse metallic powders locally injected by a customized and movable multi-nozzle system which concurs to the 11 degrees of freedom of the redundant machine (4 on the deposition head, 3 on the machine portal, 2 on the galvo scan head and 2 on a roto-tilting table) designed for big components (working volume up to 4000x1500x750 mm). The ablation technology, based on the galvo scan system integrated on the deposition head, supports the AM fabrication process for metal manufacturing to allow surface finishing, micro texturing and micro holes that would be otherwise unfeasible in traditional machines. The powder feeding system have been designed and developed as a modular solution which can integrate several tanks to be connected to the 4 nozzles mounted on the deposition head, thus ensuring the chance to create new alloys or composites directly on site by adjusting separately the material flow rate for each nozzle.

Optimization of closed loop control system and implementation of new algorithms for automatic management of process parameters based on real time monitoring. Installation of powder recovery system for proper management of unused powder and increase of process efficiency. The monitoring system together with the closed loop control will ensure the chance to detect and correct online the deposition errors occurring during the DED process, thus reducing by 70% the amount of faulty parts per day and increasing the productivity of the machine. Thanks to the closed loop control, the machine will be able to process not only titanium and aluminium alloys, but also Metal Matrix Composites which main challenge is to maintain the homogeneous distribution of enforcement material in the matrix; indeed, by updating the process parameter layer by layer on the base of the sensors feedback, the temperature of the growing part can be kept under control as well as the microstructure and the properties of the final material.

The LightMe upgrade for the Borealis machine will represent a strategical step forward within several sectors such as construction, transportation and above all, aerospace which will be able to take advantage of the powerful synergy between the flexibility in design (in terms of shape but especially size of parts, thanks to the Borealis working volume) together with the high performance and the good mechanical properties offers by MMCs. 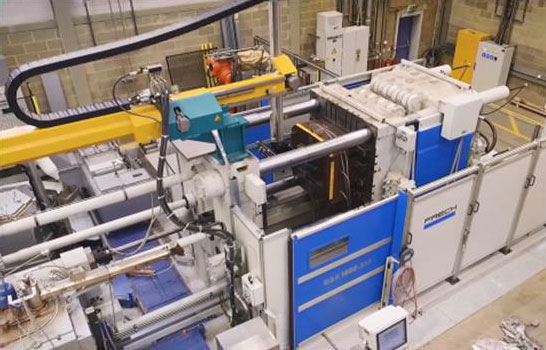 Objects produced in this PL also utilize dies; however, in this case the dies are horizontally aligned 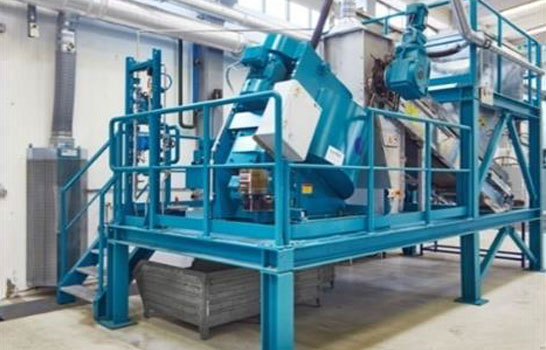 In the Green Sand Casting the molten metal is poured in molds. 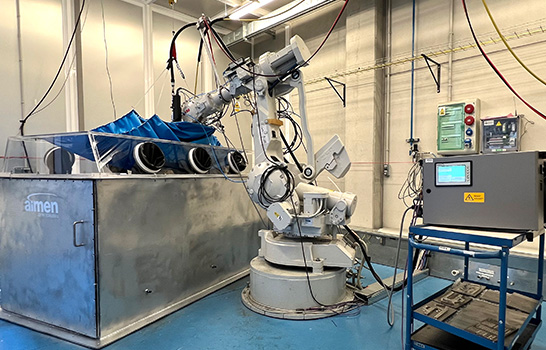